Hope everyone's having a lovely Jubilee Weekend.  We haven't done that much, I put some flags out but that's been about it.  Weather permitting we are going on a picnic with the local NAS Group, but have to say the weather forecast doesn't look too promising!

Anyway, I managed to have a little play with Cove Cottage yesterday.  Still a long way to go and waiting on a lot of furniture to arrive, but of course with the 4 day break it's delaying things somewhat!   Downstairs is now the Tea Rooms, shortly to be renamed Cove Cottage Tea Rooms, there's also one of the lovely Cottage Kitty's Cove Cottage plaque that goes on the porch, unfortunately it fell off, but Carol (who I got Cove Cottage from) will pop it over next time she's over this way.  Upstairs will be the prep area, but am still awaiting all the kitchen stuff so it's a bit bare up there, apart from the new nameless inhabitant! 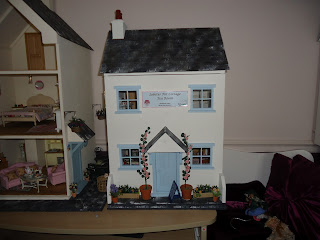 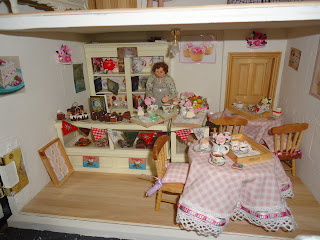 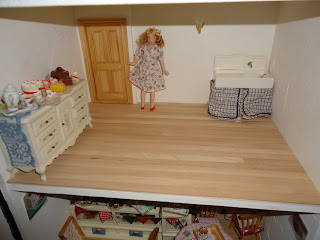 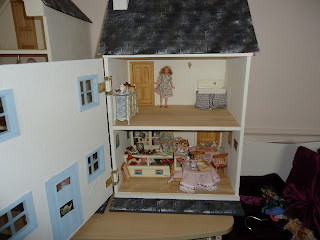 Lobster Pot Cottage is now becoming a "normal" cottage!  I've moved the living room downstairs and it's now a kitchen/living room, the bedroom is on the 1st floor and there's now a spacious bathroom in the attic.  Again a lot more "stuff" is needed, a few bits are on their way, but still need more!   I also need a new inhabitant for that as well, now who will it be! 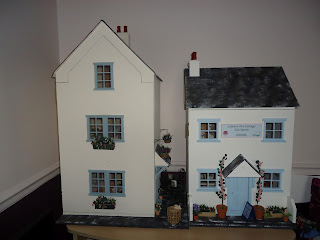 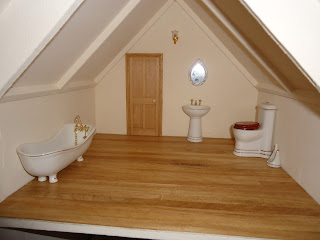 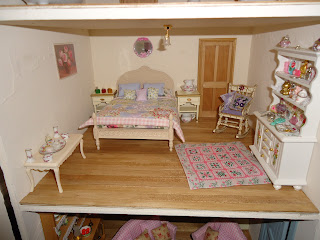 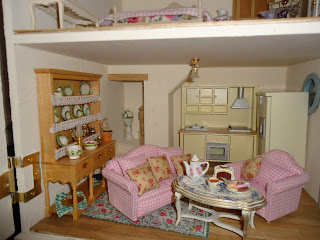 Now poor old Maggie in Driftwood Cottage is feeling a bit neglected, she hasn't had anything new at all, but she has managed to pinch her shelf back from Lobster! 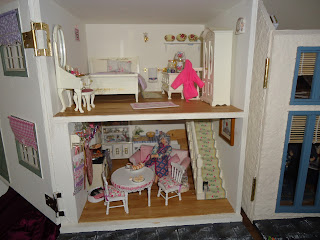 Bill on the other hand is very pleased with his new cabinet that Paula sent him, it's perfect with all the ships on it.  He also got a gorgeous picture of Broadstairs (my favourite place in the whole world) so he's a very happy chap! 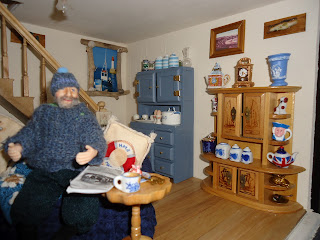 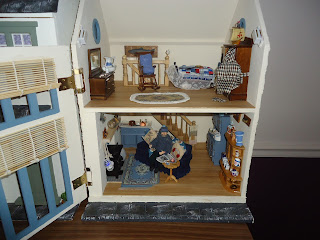 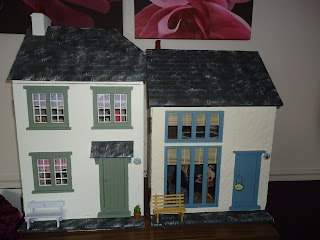 I still haven't got my shabby shop in my kitchen yet, in fact still not got my shelf or anything else come to think of it in my kitchen yet!   I have got a whole heap of little bits to put in the shop though, that's on my to do list which is ever growing!

I've also just started on a new Cath Kidston mini quilt, only in the 1st stages so far, just cut out the papers and that's as far as I've got!  Finished another tea cosy, not really done much "making" in last few weeks.  It is my intention to start on the knitted nativity sets ready for Christmas, although it was my intention to make them throughout the year, but have to say that hasn't happened!  I must get on with them though else I'll have none to sell and christmas will have been and gone!  I keep getting sidetracked with mini knits, mini quilts and tea cosies and iphone cosies!  I must be strict with myself!  I've still got a whole bag of cross stitch to do, which I've never started either!  All mini ones, but just haven't had the enthusiasm for them yet, hopefully it will come and I'll make a few!