Have started a new Cath Kidston patchwork, still in the early stages but thought you might like a sneeky peek 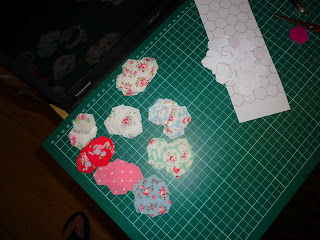 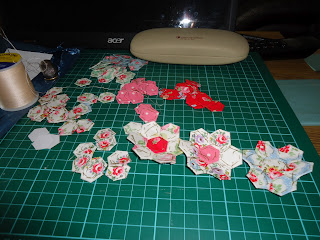 I shall "infill" with probably a plain pink fabric, think I've gone a bit overboard with the patchwork hexes though and will end up making a double quilt and probably a cot quilt as well, I'm afraid I'm not a planner in my patchworking so end up with loads of patches than I actually need lol.  I shall sew them all together one day!


Got a few bits from ebay today and also done a bit of re-arranging of stuff, so thought I'd update the pics even though I only put them up yesterday lol

Shabby Shop (still nameless) and also has a new shopkeeper with funky pink hair!  Nameless as yet, but open to suggestions!  Few more bits and pieces in there now but I did pinch the other dresser! 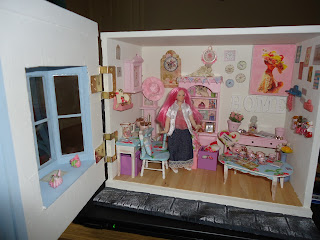 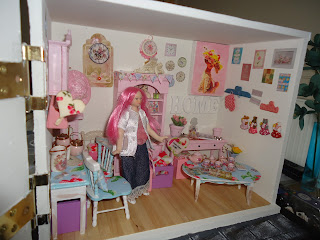 Next is Lobster Pot Cottage, managed to fill the bathroom up a bit more!  Re-arranged the ground floor as well and added a chest and mirror to the bedroom.  Still no inhabitant though, not sure who lives there now! 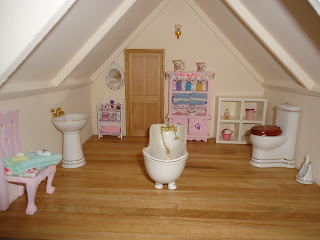 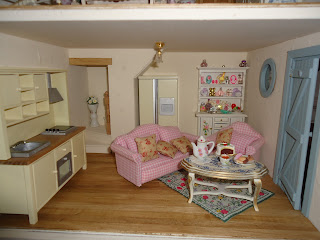 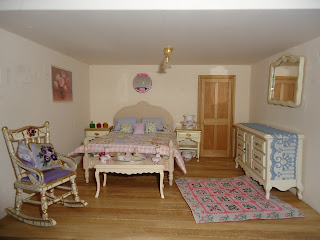 Finally Cove Cottage.  Changed the tea rooms around and also changed the tables.  Upstairs got a few bits for the Kitchen Prep area, so it is beginning to take shape now. 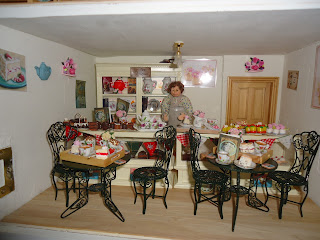 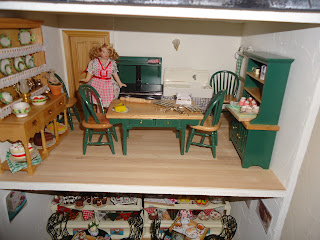